14 Facts You Didn’t Know About the Octopus

Intelligence and adaptability make the octopus unique. Check out these 14 interesting facts about the octopus. 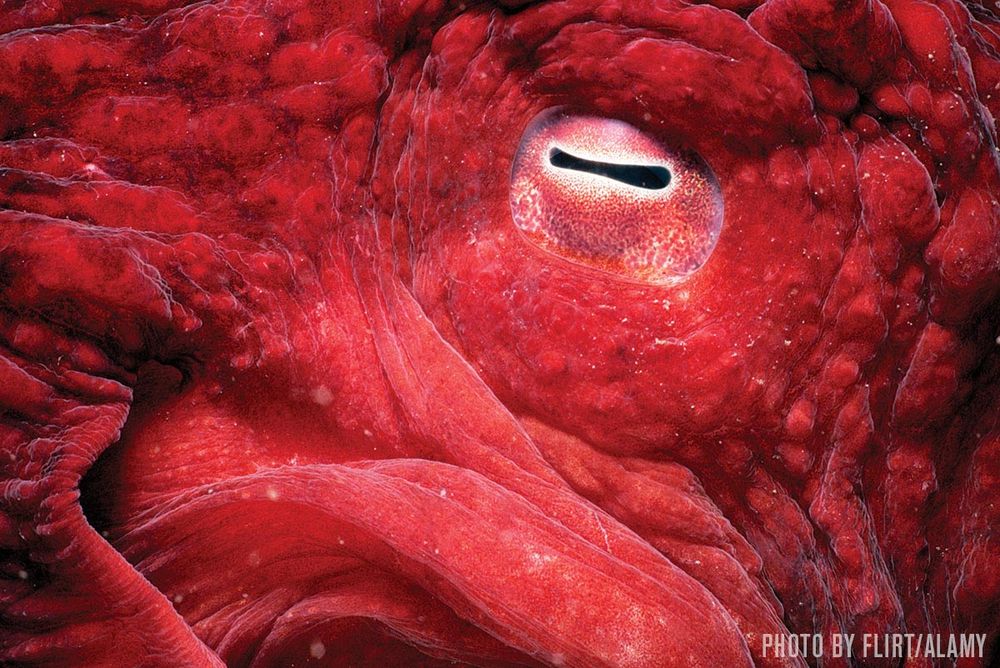 The eye of an octopus

1. Octopuses and squid have a single-lens-camera eye, which is more like our own and other backboned animals’ than the eyes of other mollusks.

2. The Californian two-spot octopus can see with its skin, using proteins usually found in the eye to react directly to changes in light, which helps it perform localized camouflage on its body.

3. The octopus’s ability to change color is due to cells in its skin known as chromatophores, which contract and expand to expose the color within. 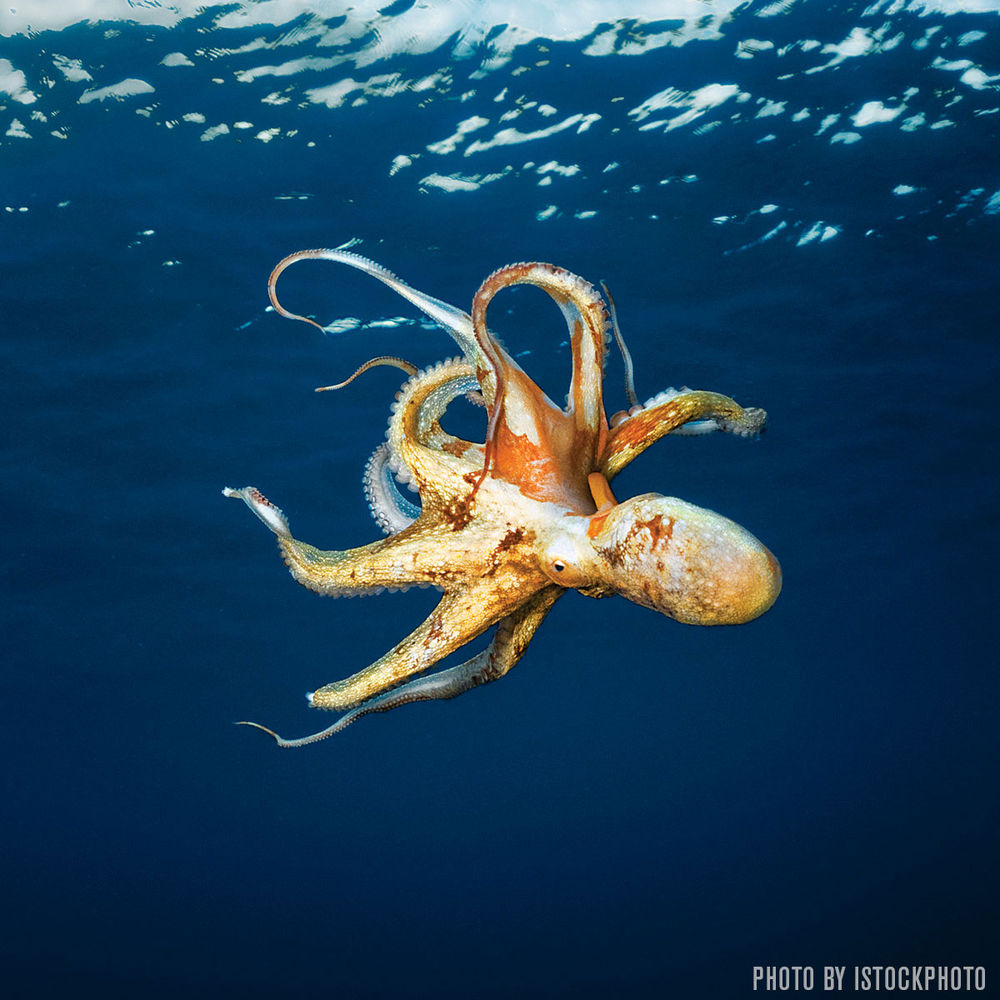 4. The word octopus is derived from Greek, meaning “eight-footed.”

5. Wonderpus octopuses from Southeast Asia have unique bodycolor patterns that are being used to monitor wild populations.

6. Octopuses use ink to deter and confuse their predators. Its main component is melanin, which gives human skin and hair its color.

7. Some octopuses can crawl out of water for short periods to hunt or move between pools at low tide. 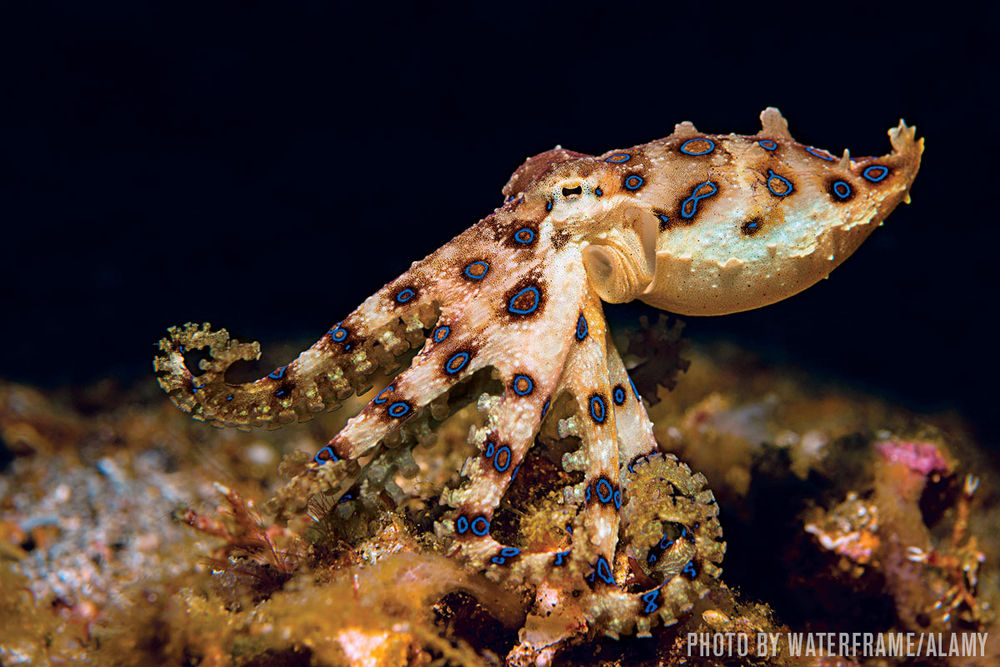 8. Octopuses have beaks much like those of parrots. The blue-ringed octopus uses its beak to inject deadly poison into its victim.

9. Octopuses are mollusks, closely related to slugs and snails.

10. The larger Pacific striped octopus is an oddity among its peers. Unlike other octopuses, it mates front to front, whereas the males of other species fertilize their partner from a safe distance away to avoid cannibalism. 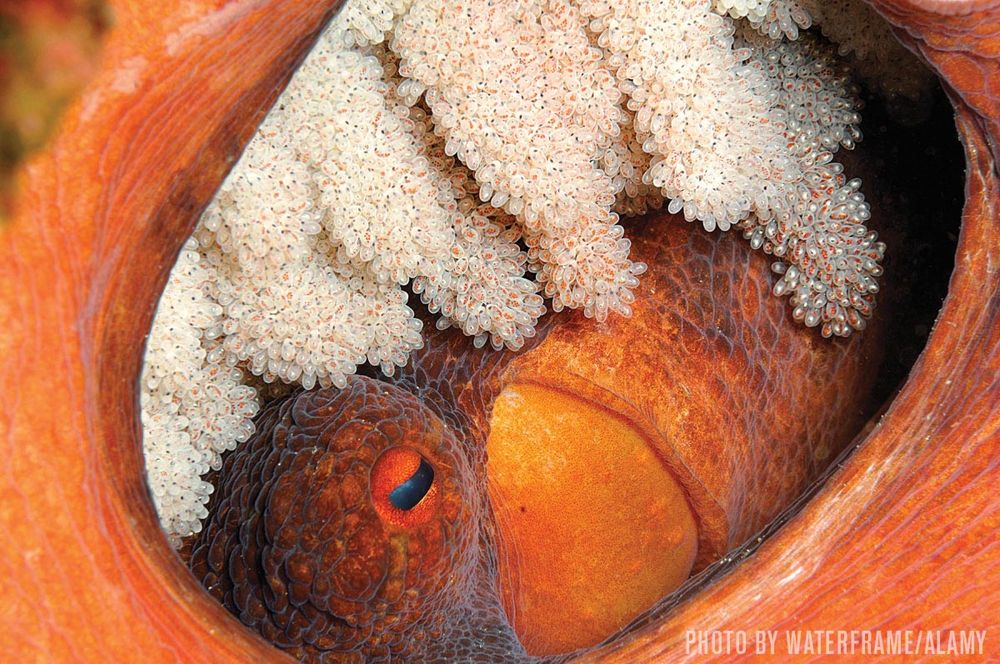 An octopus with its eggs

11. Most female octopuses lay many small eggs on one clutch and then die.

12. One of the eight arms of a male octopus doubles as a reproductive organ. 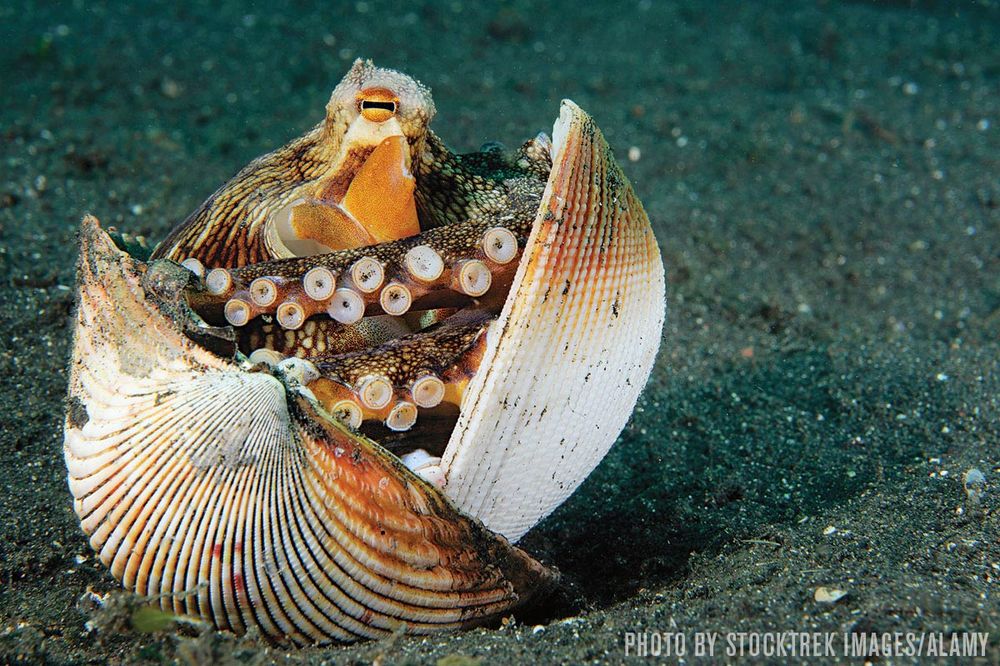 An octopus hides in a borrowed shell

13. The carrying of shells and coconut husks by coconut octopuses for defense is the first demonstration of true tool use in an invertebrate, a telltale sign of intelligence and foresight

14. Several octopuses are believed to copy the behavior of other animals. In addition to the renowned mimic octopus of Southeast Asia, the Atlantic long-arm octopus mimics the swimming behavior and coloration of flounders.