Basten Gokkon for Mongabay, part of the Guardian Environment Network

One of the main coral reefs at Raja Ampat, an Indonesian island chain home to perhaps the world’s richest marine biodiversity, was severely damaged last week when a Bahamian-flagged cruise ship smashed into it at low tide, according to an official report.

The 90-meter Caledonian Sky, owned by tour operator Noble Caledonia, ran aground in an uncharted shoal in West Papua province after completing a bird-watching trip on Waigeo Island on 4 March.

The British-owned company described the incident as “unfortunate” and said it was “cooperating fully with the relevant authorities”. Damage to the vessel was minimal and it has already set sail after being questioned by investigators. 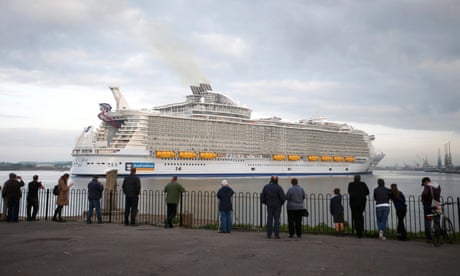 The world’s largest cruise ship and its supersized pollution problem

An official evaluation team found that the ship had been caught in low tide despite being equipped with GPS and radar instruments, according to team member Ricardo Tapilatu, head of the Research Center for Pacific Marine Resources at the University of Papua.

“A tugboat from Sorong city was deployed to help refloat the cruise ship, which is something that shouldn’t have happened because it damaged the reef even worse,” Tapilatu said. “They should’ve waited for high tide” to refloat the vessel.

The 4,290-tonne Caledonian Sky, which was carrying 102 passengers and 79 crew on a 16-night journey from Papua New Guinea to the Philippines, damaged approximately 1,600 square meters of coral at a diving site known as Crossover Reef.

The incident resulted in the destruction of the ecosystem’s structural habitat and the reduction or loss of diversity of eight coral genera, including acropora, porites, montipora and stylophora.

“This is what we found during our investigation into the site,” Tapilatu said. “We are currently finishing the report and will submit our recommendations to the district office next week.”

Local homestay operator Stay Raja Ampat posted on Facebook: “How can this happen? Was a 12-year-old at the wheel? Anchor damage from ships like these is bad enough, but actually grounding a ship on a reef takes it to a whole new level.”

Due to Raja Ampat’s special biodiversity and its status as one of the world’s most popular dive sites, as well as the fact that the damage occurred in a national park, the evaluation team will recommend the company pay compensation of $800-$1,200 (£650-£985) per square meter, for a total of $1.28m-$1.92m, according to Tapilatu. The standard rate is $200-$400 per square meter.

“If the ship’s owner disagrees with the claim, then typically the government will take it to court,” Tapilatu said. If the company and government can reach an agreement, it will likely take a year or two for the district administration to receive the cash.

Tapilatu said the money would be used to revive the reef, a process he estimated could take a decade; to set more mooring buoys across the area to prevent ships from sailing into shallow zones; and to map out sailing tracks.

“The government has had talks about compensation with the ship company, and I’m optimistic that this won’t go to court. Unfortunately, there will not be any moves for coral revival until we get the money.” 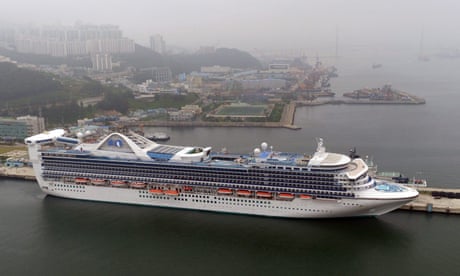 How environmentally friendly is your cruise holiday?

Andi Rusandi, director for conservation and marine biodiversity at the Indonesian Ministry of Maritime Affairs and Fisheries, said local conservation and revival efforts were within the local government’s authority, but he said he would follow the situation.

In its statement, Noble Caledonia said it was “firmly committed to protection of the environment, which is why it is imperative that the reasons for it are fully investigated, understood and any lessons learned incorporated in operating procedures.”