Flying After Diving: Finally, the Facts (Not Just Theory)

Flying After Diving: Finally, the Facts (Not Just Theory)

The study of data collected in the first research campaign of DAN Europe’s Diving Safety Laboratory (DSL) “Flying bubbles” project has concluded. The results are somewhat surprising, to such extent as to merit publication in Aviation Space and Environmental Medicine, a revered scientific magazine.

We have seen what comes before, what goes on during, and now… there will be a “what happens after.” In the realm of post-dive flights, DAN’s “Flying bubbles” project marks the divide between theory and fact.

Before this project there were varied recommendations of how long to wait after a dive before taking a plane in order to avoid the risk of decompression problems, caused by cabin depressurization. However, all this was based only on theory: in DAN’s case, the duration of the wait period was established by monitoring actual decompression illness situations, while in other cases, it was based on the assumption that “until now there haven’t been many problems, so let’s just keep doing as we’re doing.”

Those who have used the old U.S. Navy tables probably have vague memories of having to be categorized as group “D” before flying. In certain cases it was even possible to fly immediately! Subsequently, fixed intervals were added (24 or 48 hours), depending on whether the last dive was a single or a repetitive one, and whether within the curve or outside the curve. Even among commercial divers and military divers the wait times before boarding a commercial plane varies from 2 to 24 hours.

In 1989, the first “Flying After Diving” workshop was held; organized by the Undersea and Hyperbaric Medical Society. The guidelines provided at the workshop, according to DAN, were not very restrictive and were implemented to improve diving safety. However, many of the dive center owners protested, saying that such implementation would damage dive center affairs on islands.

From 1992 to 1999, DAN carried out experiments in Duke University Medical Center’s F.G. Hall Laboratory, monitoring over 500 subjects in 800 flight simulations. They were simulations because these “flights” took place in a hyperbaric chamber. DAN further investigated the relationship between the risk of decompression illness and the surface interval before flying in a case controlled study, an analysis of past events where incidents occurred or did not occur.

However, in many areas of medicine, laboratory studies have yielded, and can yield, results that differ from those obtained in “the field.” Also, some phenomena cannot be replicated in the laboratory. You can find evidence of this discrepancy in an article published by Alert Diver (European Edition, 3/2006) by Dr R. Vann: “Flying or reaching high altitudes after multiple dives over a span of days cannot be an object of study in a laboratory (hyperbaric chamber).”

In 2011, while returning from a research trip in the Maldives, Dr. Danilo Cialoni and Massimo Pieri, both part of our research dept. (Diving Safety Laboratory), had a fascinating idea that would involve DAN Europe Research (in particular Prof. Alessandro Marroni and Prof. Costantino Balestra): a research project that sounded like a challenge… to administer cardiac echoes directly during a flight proceeding a diving trip. 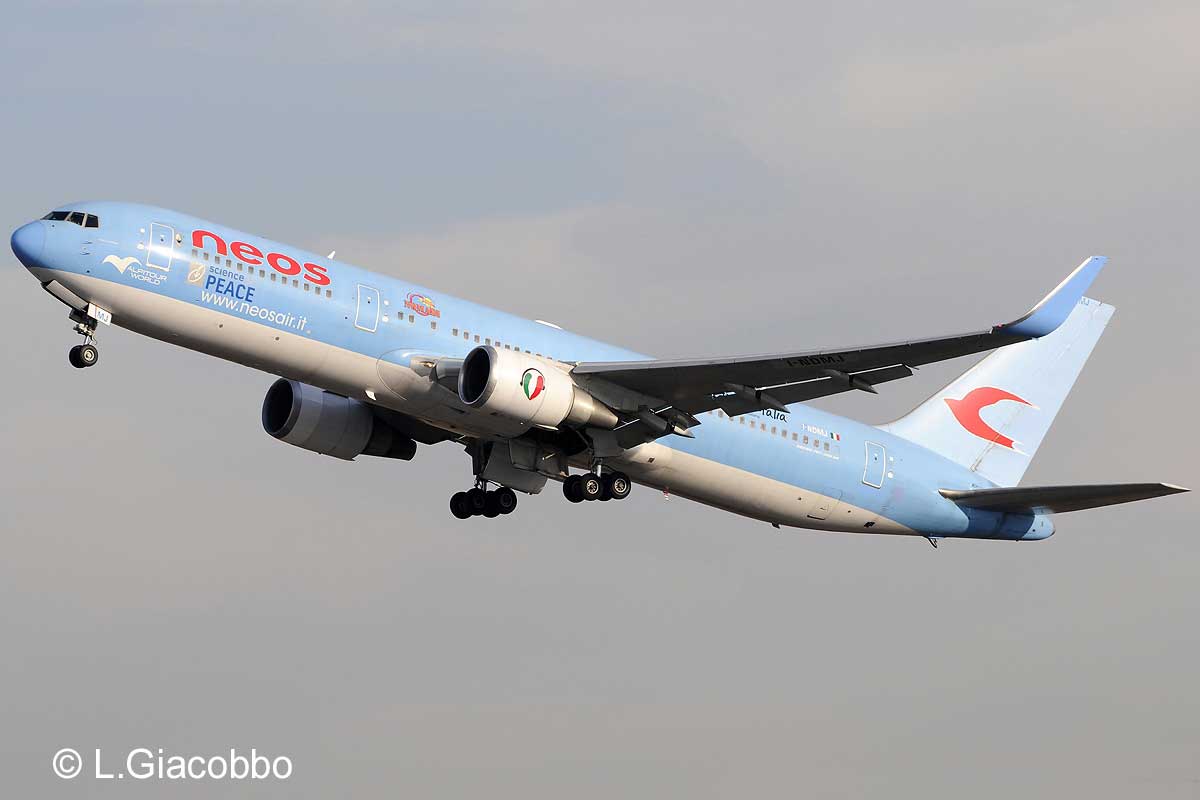 Conducting such a challenge was difficult, almost impossible, especially getting through all the red tape. In this, two DAN partners, Albatros Top Boat and Neos Air, were fundamental. In order to obtain EMI (ElectroMagnetic Interference) certification, necessary to use the echo during flight, DAN Europe technicians and researchers had to spend many hours of the night at the Milan Malpensa airport. In the end, the challenge was overcome, and for the first time, we were able to see what really occurs in the body of a diver during flight.

In just the first week of research in the Maldives over 4,000 files were registered, which has obviously been followed by a long and accurate analysis.

The methodology of cardiac echo monitoring consists of four control phases. The first takes place during the outbound flight when the diver has not been on a dive in at least 48 hours. These first tests are useful to have data that has not yet been influenced by hyperbaric exposure, and to determine what in medical jargon is referred to as the “echocardiographic window.” Registering an accurate measurement of the cabin pressure every 15 minutes is made possible by using the Dive System “iDive Pro” dive computer, a partner of DSL and DAN Europe.

In the second phase, echocardiography and other tests are administered after each dive over the span of a week on a cruise. Weeks of specific research become part of the regular rhythm onboard the beautiful “Duke of York” cruise ship; not so dissimilar to a normal cruise to the Maldives, but with a routine of scientific importance: Each time a diver surfaces, he/she must go to the spa, which, for the occasion, has been  transformed into a “research room” and medical care center, and undergo various tests.

Dive profiles are checked by the computer and downloaded for the following tests. All the dives are done within the safety curve, surfacing happens at the correct speed, and a safety stop of 3 minutes at about 5 metres depth is always respected. None of the divers have ever suffered decompression illness.

The third control phase takes place in the airport, where cardiac echoes are taken of the divers right before boarding the plane, after a 24 hour surface interval.

In the final phase, during the inbound flight, all divers are monitored by cardiac echo and doppler exactly 30, 60, and 90 minutes after the aircraft reaches cruising altitude. 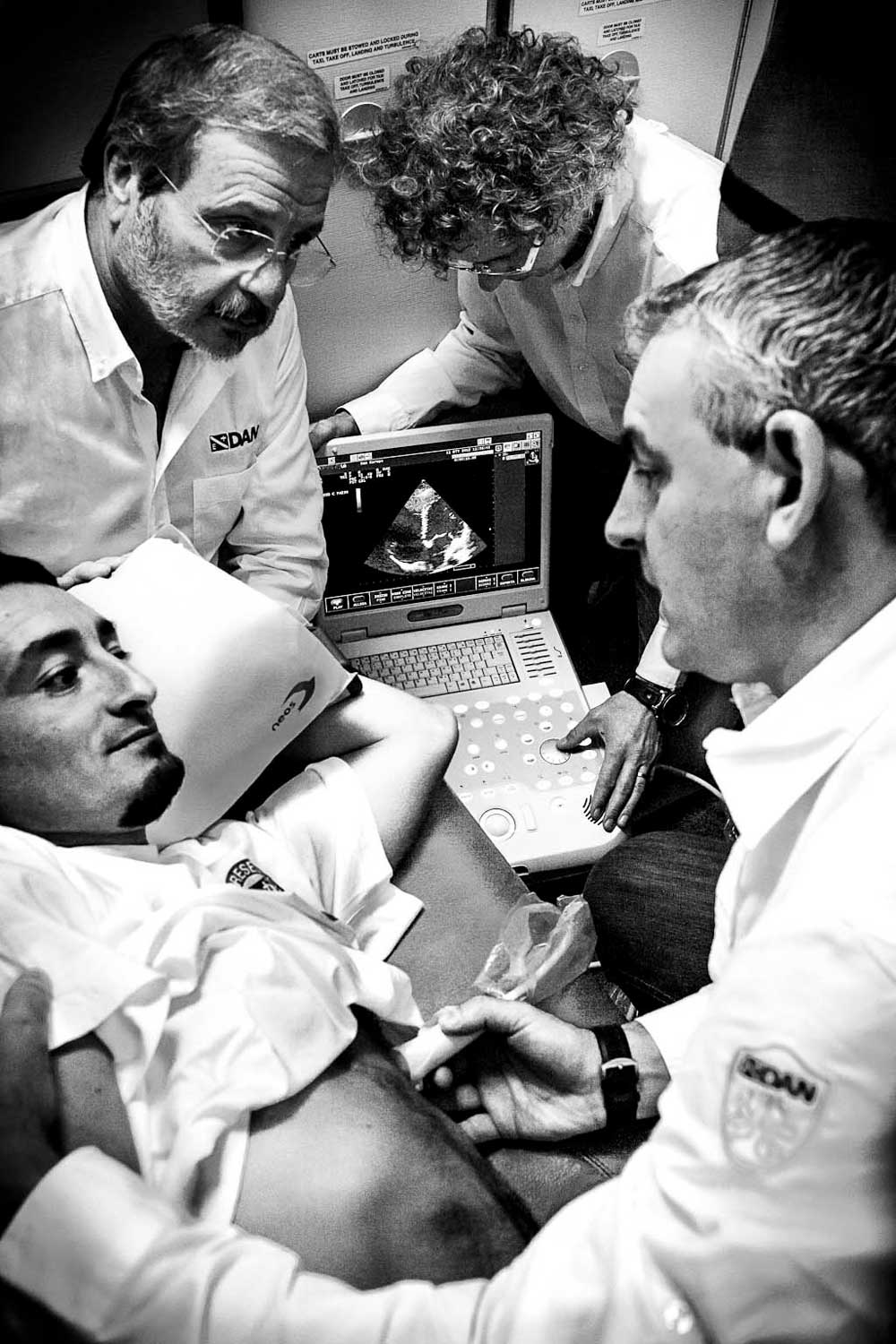 The research project was presented in 2013 at the EUBS (European Underwater and Baromedical Society) conference, and received the Zetterström Award for the best scientific poster presentation.

Some of the collected data is easy to understand. For example, during examination on the outbound flight no bubbles were observed in any of the divers participating in the study. Although it seems like an obvious result, this test needed to be done because it gives proof that if bubbles were to be found in the divers during the return flight, they would not have been caused by the flight itself, but by the combined effect of diving and subsequent depressurization in flight.

Other data revealed by the study was unexpected. For example, it has always been believed that a flight of long duration poses greater risk in respect to a flight of medium duration; instead it is exactly the opposite. This is most likely due to the altitude of the aircraft pressurization, approximately 1500-1800 metres above sea level for travel to the Maldives, and 2400 metres above sea level (maximum allowed) for trips to closer destinations.

The examination of divers in the airport before the return trip, in which no bubbles were observed, has allowed us to estimate that an interval of 24 hours wait time is sufficient when remaining at sea level, so no bubbles can form.

Obviously, some divers develop more bubbles than others, even for those with very similar dive profiles. The examinations during the week on the cruise allowed the subjects to be divided into three categories: those who do not develop bubbles, those who occasionally develop bubbles, and those “bubble-prone” divers who develop bubbles after every dive. To obtain a consistent comparison, the dive profiles must have little influence on the categorization (it is obvious that a weighty profile can show more bubbles than a light one).

The analysis in flight has revealed that the majority of divers did not develop bubbles during the return flight with a 24 hour interval after the last dive, but the “bubble-prone” divers did. Therefore, it’s advisable that those who are a part of this category should further elongate their wait time before a flight. During the week, two of the subjects showed to be “super bubble-prone,” and they were advised to not take their last dive, making their wait time before flying 36 hours. It’s of significance that neither of the divers developed bubbles during the flight. For those who easily develop bubbles, a wait time of over 24 hours is opportune. Alternatively, DAN Research suggests the preventative measure of breathing normobaric oxygen.

The highest bubble levels were seen 30 minutes after reaching cruising altitude, and then diminishing during the 60 minute to 90 minute period; basically like how it is returning to the surface after a dive. On the other hand, depressurization acts like surfacing and yields the same effects. As time passes at that altitude, the body desaturates, and the bubbles diminish. There is another possible explanation: the tiny bubbles are already present in the blood, but are so small that they cannot be observed with a normal Echocardiogram. The depressurization could increase their dimensions and render them more visible.

What future outcomes could this study entail for divers? As stated by Prof. Alessandro Marroni, “We are headed straight toward a future where the individual component can influence the mathematic model, placing greater emphasis on the practical application of research in diving safety. Until today, we have applied mathematics, with its present algorithms, when studying the body, but today we are starting a new, fascinating pathway that will help to incorporate simple physiological parameters in mathematics, rendering those algorithms better adapted to our organism. The future lies ahead, and DAN Europe has decided to take it on in the best way possible, with the helps of divers; making them aware of current and future advancements. 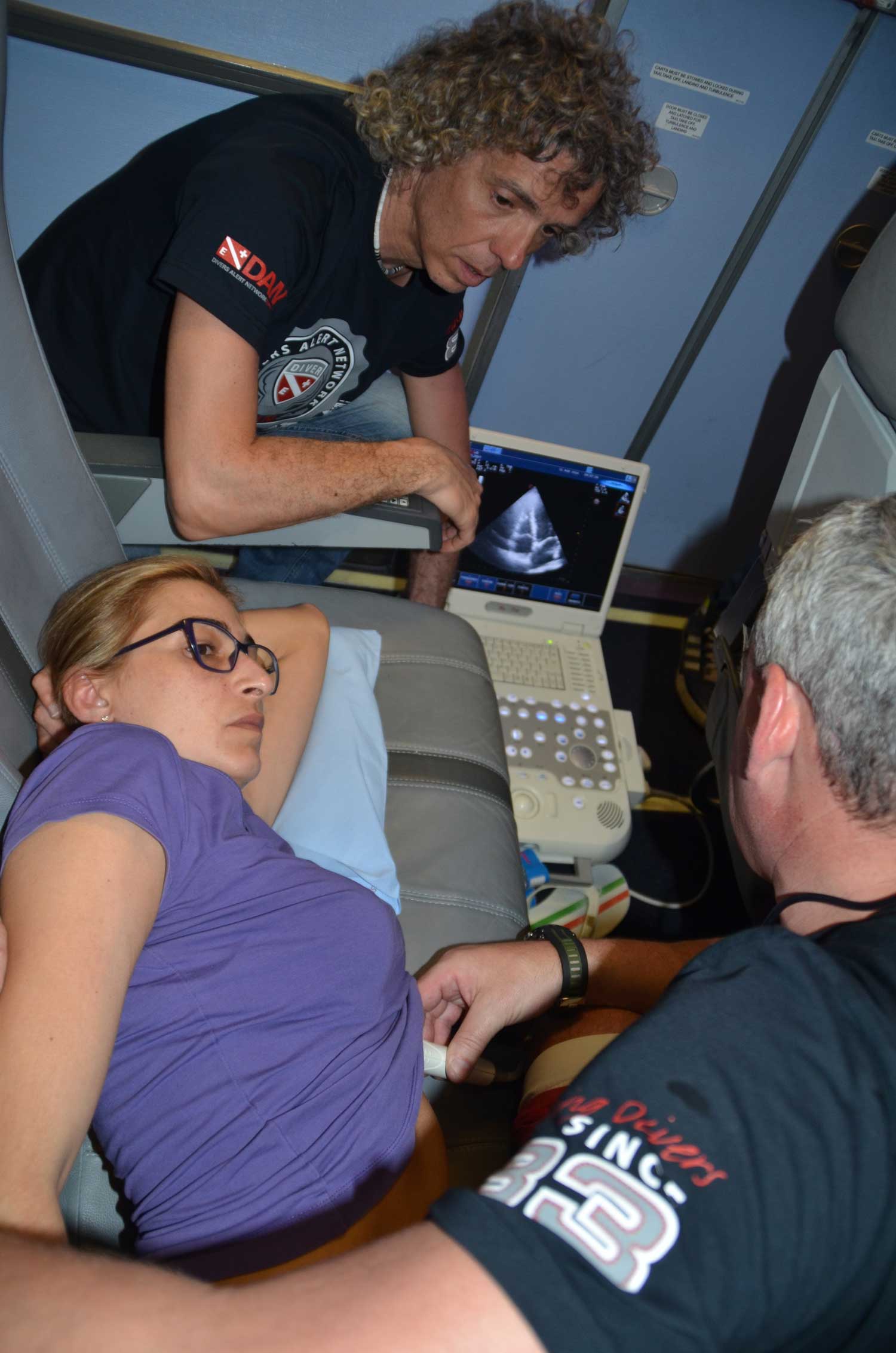