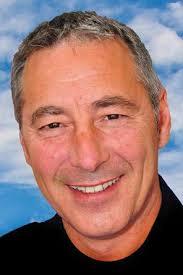 2 April 2017
Divernet is deeply saddened to report the death at 59 of well-known diver Nigel Wade, Diver Magazine’s Technical Editor. He passed away on Saturday morning at the Royal Berkshire Hospital following a heart attack near his home the previous day.

Nigel’s main career was as a firefighter and lasted for 30 years. He was Watch Commander for Surrey Fire & Rescue Service when he retired from the service in 2010, after which he continued to work both as a professional photographer and an underwater photo-journalist.

Nigel was a very experienced diver in both UK and overseas waters. His qualifications included PADI Master Scuba Diver Trainer and Instructor and TDI Advanced Trimix Diver. He was also a rebreather diver.

Many visitors to the UK Dive Shows had the chance to benefit from his photographic advice during his regular Digital Clinic appearances.

Nigel became Diver’s Technical Editor and equipment-tester in 2013, by which time he had already been assisting with tests and contributing features to the magazine for some years. In 2011, for example, he had become PADI’s first Self-Reliant Diver in the UK, recording that achievement in a Diver article.

Nigel leaves a wife, Karen, and Diver’s deep sympathies extend to her and to the rest of his family. He will be greatly missed by the diving community.

* An appreciation of Nigel Wade, and his final Diver Tests, will be found in the May edition of Diver.