There is a venue in Mexico claiming to be the first on earth to offer a rather unusual tourist attraction. Nope, it’s not a swim-up bar… those are a dime a dozen in tropical locations. Instead, it’s a bar that’s fully submerged underwater. But here’s the rub about this underwater bar: It serves no booze.

OK, we get it. That makes sense: It’s pretty hard to drink underwater while wearing an oxygen helmet.

Instead, scented oxygen flows into the helmet, which claims to leave people feeling revitalized after their visit, rather than hungover. 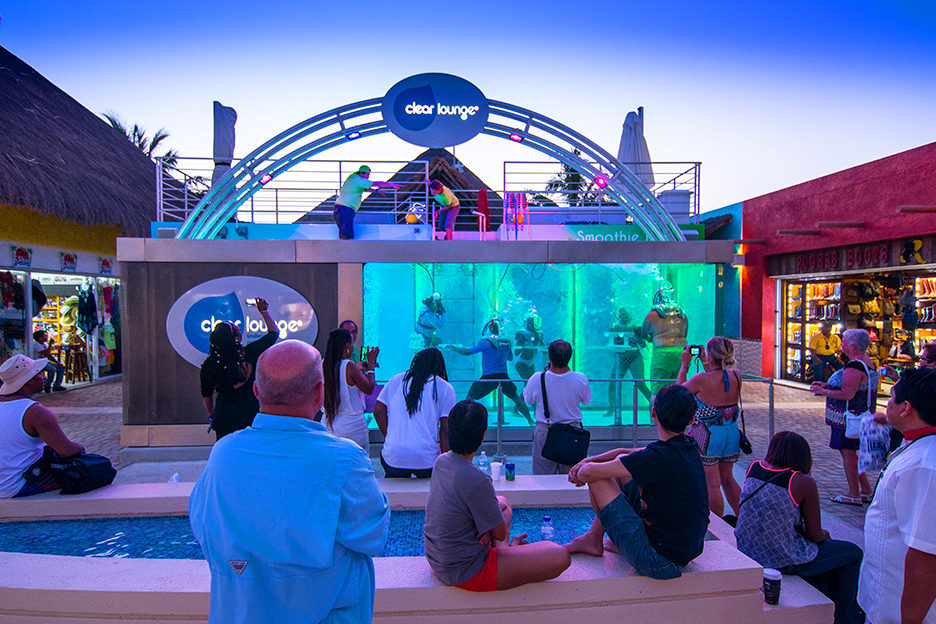 While you’re underwater you can play giant Jenga, shoot a bubble gun, dance, and take photos with fun props. 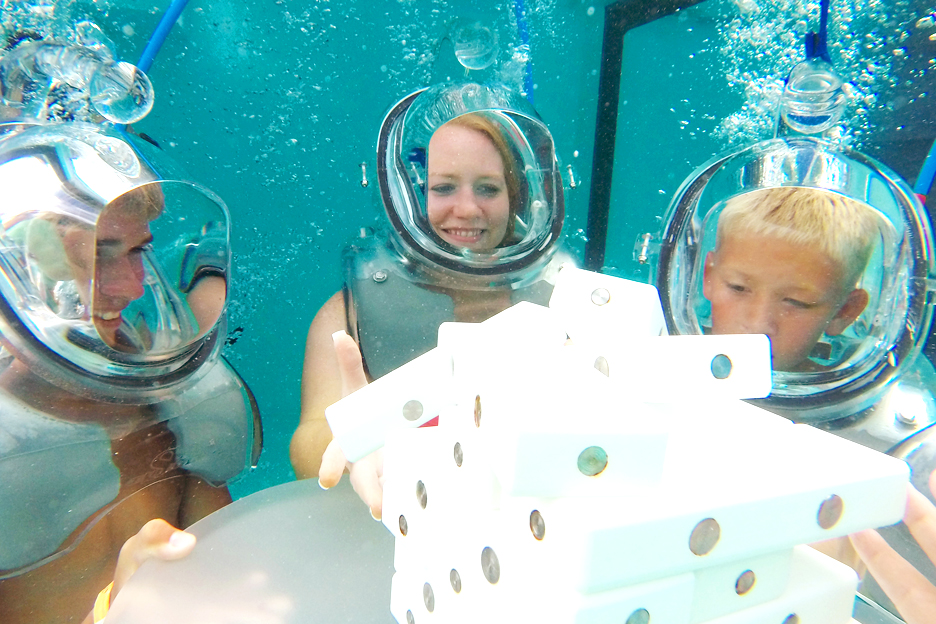 The bar is in an aquarium though — not the open sea. The Clear Lounge explains the scenario like a scene from a futuristic movie: “You’ll feel the weightlessness of the underwater world all around you, while the colorful lights and bubbles, mixed with refreshing, aromatic oxygen, exhilarate your senses. It’s a whole body, multi-sensory experience.” 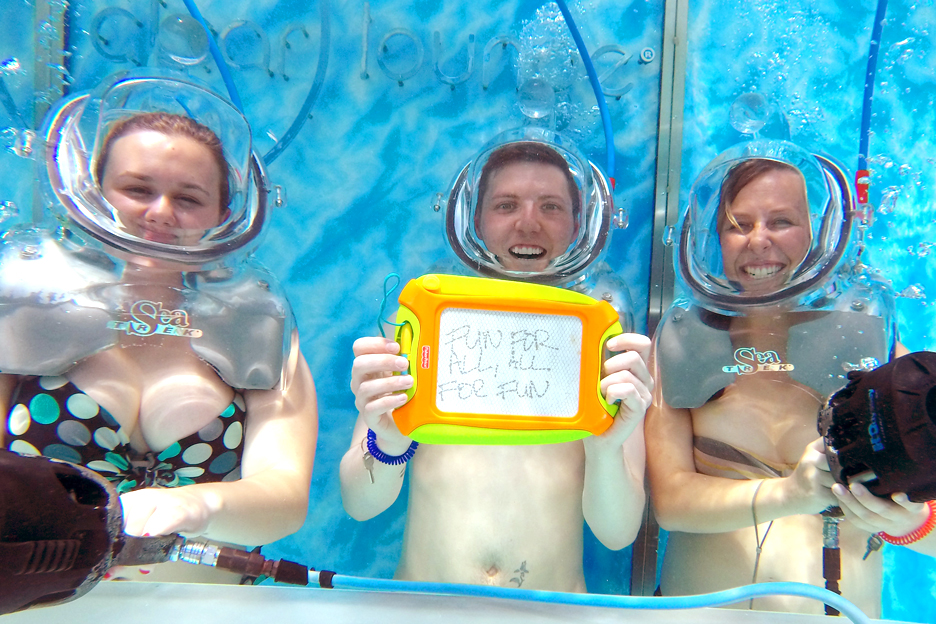 It also comes with a $67 cover charge… with the first so-called “oxygen smoothie” free.