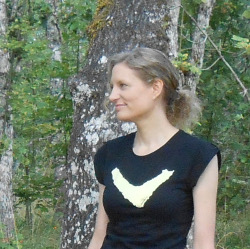 Not far from where more than 90 orcas were stolen from the waters of Puget Sound back in 1970, a newly amended bylaw that serves as a big win for cetaceans was just voted in. The proposed ban was announced two months ago but this week, the Vancouver Park Board decided that there will be no new whales, dolphins, and porpoises kept in captivity at the Vancouver Aquarium and “no person shall produce or present in a park a show, performance, or other form of entertainment which includes one or more cetaceans.” As such, Marineland in Niagara Falls will be the last remaining park in Canada to house performing cetaceans.

The change was spurred by increased public pressure, which has also plagued SeaWorldfollowing the release of the documentary Blackfish, which opened the public’s eyes to the realities that captive cetaceans face.

As one of the most intelligent species on the planet, with brains four times larger than our own, orcas are often considered more emotionally developed than humans, and they suffer tremendously when they are separated from their tightly-knit family units and forced to live out their days imprisoned in enclosures that in no way provide the natural enrichment, mental stimulation, nor the level of exercise, for which their brains and bodies were designed.

In captivity, these gorgeous giants are driven to deep depression and psychosis, as exhibited in stereotypic behaviors such as chewing at the walls or bars of their tanks, which causes serious dental issues; engaging in unpredictable outbursts of aggression, particularly against fellow captives; and voluntarily beaching themselves or otherwise attempting to commit suicide. They also endure illnesses they would never contract in the wild, and as a result of all of these miseries, often die much sooner than their natural lifespan allows.

Fortunately, no more wild marine animals will have to live this way at the Vancouver Aquarium, although the park’s existing residents, which include a false killer whale, a harbor porpoise, and a white-sided dolphin will remain on display. They are not affected by the newly revised bylaw in that regard; however, park staff will not longer be allowed to make them perform in any way.

The bylaw also does nothing for the orcas that reside in, or are destined for, other marine parks around the world. These include lonely Lolita, who has spent 46 of her 52 years of life in a tiny tank at Miami Seaquarium, largely by herself, and Morgan, who is displaying serious signs of distress at Loro Parque on the island of Tenerife, Spain. You can help these and other captive cetaceans by vowing to never buy a ticket to a marine amusement park and spreading this message so that more people understand just how cruel and inhumane it is for us to keep these highly intelligent beings locked up for human entertainment and greed.